No-code, Low-code, Some Code and Everything In-between

In a nutshell, it’s the old pipe dream of just having to write a specification (in this case a visual one) and having the actual code write itself, the fallacy here of course being that the code is the final product rather than the specification for generating that product (hint: There’s a reason why production environments are named that way …). 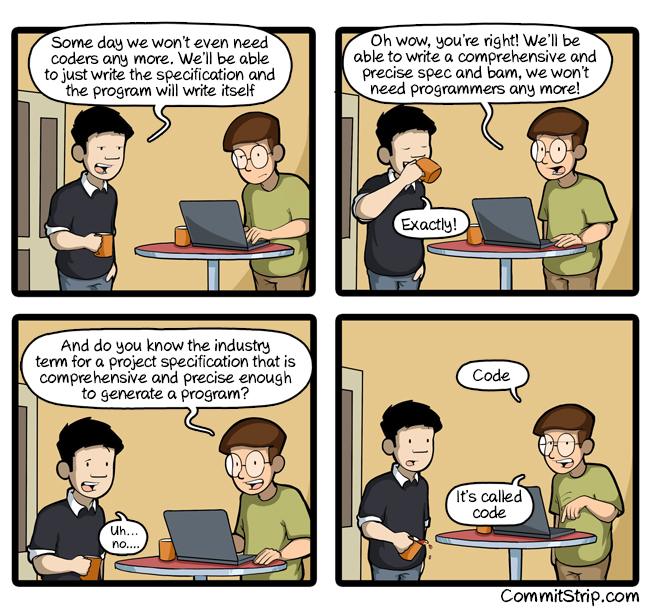 In his opinion, low-code tools fall short on two counts – which in my opinion is less a failure on their part but rather as to how they’re commonly perceived:

Nevertheless, I think no-code and low-code platforms are an enormously useful innovation in that they allow you to delegate stuff that doesn’t work as a key differentiator for you, i.e. they allow you to focus on your core domain while having a tool take care of routine processes (i.e. supporting and e generic domains). They’re also tremendously conducive for quickly prototyping a proposed solution.

They are effectively an extension of my mantra of using boring solutions and outsourcing repetitive work to existing tools so you can work on what’s truly important.